Biometrics in the Center of Critical Communications Development

The success in front-line critical operations depends greatly on human capabilities, and level of situational awareness. Through applications with biometrics we can research and enhance these human performance abilities for mission success.

A recent article in the distinguished military.com describes how the US Army is using wearable tracking devices to learn how soldiers perform under pressure. The article describes how infantrymen, who received wearable devices, used them to collect physical performance and physiological data, such as heart rate, body temperature, change and respiratory rate as part of Measuring and Advancing Soldier Tactical Readiness and Effectiveness (MASTR-E) program.

The success in front-line critical operations depends greatly on human capabilities, abilities, and level of readiness for action. Total human performance is a matrix of psychological, cognitive, and physiological elements, which in under extreme conditions require deep understanding through research to keep individuals and teams safe and operational.

Enter Biometrics, the important part of future for mission critical applications. Biometrics are calculations and measurements related to human characteristics. Biometrics is often considered as a synonym for biometric authentication, which is a type of security authorization based on biometric input, such as fingerprint recognition for smartphones. However, the term also encompasses physical performance data, which was gathered in the before mentioned MASTR-E program.

We at Savox consider Mission Critical IOT (MC-IOT) as part of the future of battlefield and frontline operations, and biometrics here as one key element in terms of future critical information systems.

Savox has already been working on area of biometrics for almost five (5) years in two paths:

Within the tactical segment, we are proud to have led similar research program, such as the US Army, with Finnish Defence Forces (FDF) as part of overall FDF 4-year Research Program PVTO2021, under the theme “Soldier’s performance” from 2017 to 2020. In this program, we conducted multiple researches and meticulous testing over the years with program partners Technical Research Centre of Finland (VTT) and Finnish Institute for Occupational Health.

Setups and testing environments were changed annually to develop the best possible biometrics system research for FDF, and at the same time gain a ton of knowledge and data on how to keep soldiers operational in urban or rural battlefields.
For example, cognitive load is greatly affected by physical factors, which needs to be considered across whole chain of command and operation planning (before-during-after).

Comparison of different biometric sensors was also conducted to find the most suitable location and guaranteed accuracy, which were connected to Savox Warrior Core, Linux-based tactical mobile router/computer.

In the Public Safety and Industry segment, we again collaborated with VTT. Our other partner was Suunto  that acted as an industry partner via their Movesense sensors. In this project, the biometrics focus was different – firefighters are exposed to extreme heat and smoke and the nature of their work is different from tactical. 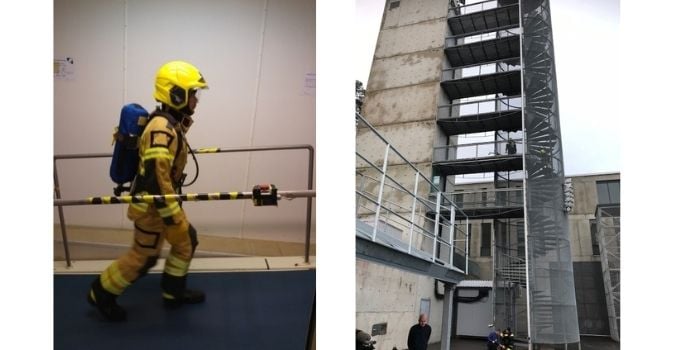 Test and measurement for firefighters physical stress and the same in real stairs.

Project Results Can Be Utilized in Several Industries

From these two separate biometrics projects we have received vast amount of knowledge and experience on how to utilize and benefit from biometrics in different professional user segments in extreme conditions.

In e.g. Mining industry, biometrics can significantly increase safety in hazardous places, since the information can be obtained beyond usual “worker down” information. The cost for death of single miner can be calculated in millions as it affects e.g. insurance fees, settlement fees, production stoppage, brand image loss and even company shares tumble as has been seen in past mining accidents – let alone emotional loss for families, colleagues and even communities. Proactive work towards keeping these workers safe in dangerous environments safe is incredibly important.

Biometrics in the Future

We look forward to continuing this work with our partners and clients to ensure that we at Savox do our part on keeping invaluable front-line workers safe and sound.

Savox Communicaions CTO, and Advisor and BoD Member in several other companies.

Remove the uncertainty in Critical Operations

Savox Information System enables communication through the entire team and thus eliminates the "Fog of War". 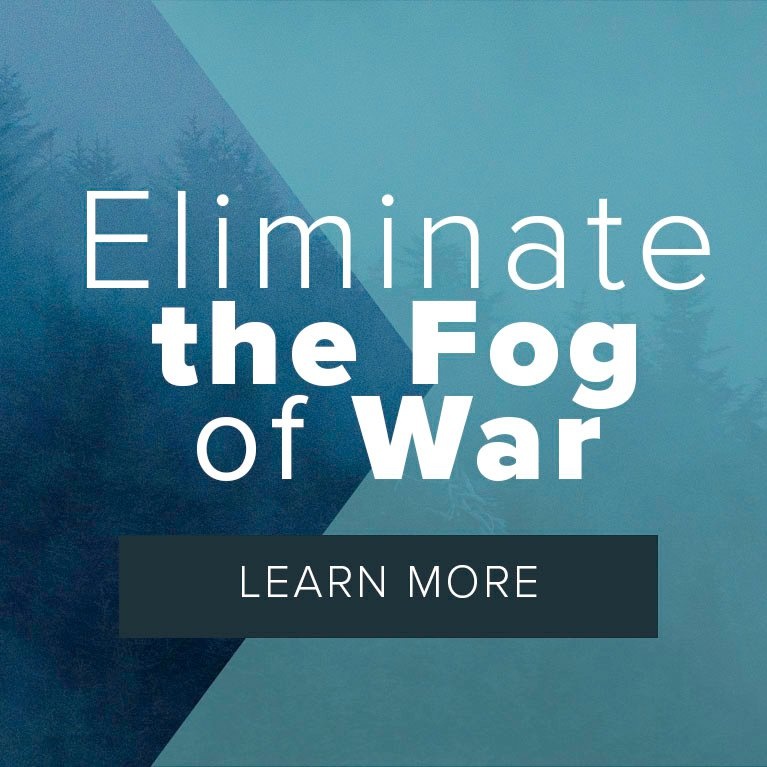